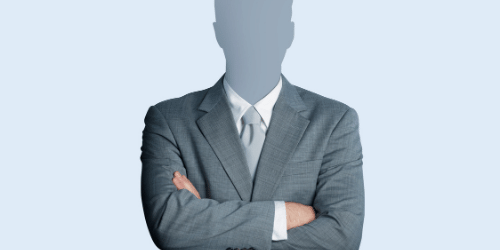 Over the past few days Ive been reading some musings from a person that goes by the pen name of Dr. L.  As they write anonymously, their claims of being a doctor and neuroscientist can’t be substituted and I am just a touch triggered by this. This is a good thing as it gives me an opportunity to cast back into my shadow (the parts I hide, deny and repress) to understand what historically is being activated in me!  Perhaps its related to my own title of doctor which came at the cost of a lot of hard work and a desire to gain my parent’s approval. In the UK, where Dr. L is registered, we take a dim view of those that pass off as a doctor unless they are entitled to do so.  It’s actually a legally protected title and passing off as a doctor can end up in some deep water.

Maybe there are other things that are triggering me here as well. There is nothing like a bit of healthy competition to activating the territorial part of me, hard wired into all men over thousands of years of evolutionary adaptive tweaks to increase our chances to survive.

I call these triggering moments which rarely happen now with all the work I’ve done, JAFOG’s (Just another fucking opportunity for growth)! Limerence is the mother of all JAFOG’s.

As a medical doctor who spent some time working in psychiatry, I can make pretty good sense of the neuroscience of limerence. Interestingly psychiatry is the only branch of medicine where the organ where the conditions originate is not measured in any way. It’s a subjective science.

What is written makes sense at a scientific level and is of interest to me as someone with a passion for treating limerence. However, in aiding clinical treatment, it adds little at the moment. Maybe in the future with a better understanding of the neuroscience we will have effective safe drug treatments with no side effects. And anything that goes towards spreading awareness and understanding of limerence and coming up with more treatment modalities has to be a good thing.

A tiny bit of neuroscience

We do know that neurochemical changes are taking place in the brain during limerence which explains a lot of the feelings that become evoked. Some fascinating neuroimaging work by Helen Fisher working for one of the dating websites, eharmony, on people that were “in love” funded this work. The results showed which parts of the brain are become activated. We also know that the reward system of the brain, powered by dopamine is at play, along with the bonding chemicals of oxytocin and vasopressin, whilst the sympathetic nervous system mediated by adrenaline is also in overdrive during limerence.

And some thoughts on our thoughts, feelings and behaviours

We have known for many years that there is a close interrelationship between our thoughts, feelings and behaviours. It goes something like this and works mostly at an unconscious level:

Something happens in our environment, a trigger, a memory or an event. It may be something obvious like someone is rude to us (or encroaches on our territory!) or perhaps more subtle, a smell, a facial expression on a person or one of many other possibilities. Without our conscious awareness, these signals get sensed, filtered and processed by our brains. And then neurochemicals get released in the feeling part of the brain. This part of our brain is called the amygdala, a small almond shaped part that’s deep in our mid brain. Its where all our emotions come from and our core primitive fight or flight mechanism that aids our chances of survival.

These released neurochemicals then create an emotion that can be fitted into a core category of anger, sadness, guilt, shame, fear, joy and disgust. Remember this is not an absolute science and other commentators will label slightly different core emotions. These core emotions are universal across all people, all races, all cultures.

Now for the interesting bit. Based on our history, our past experiences and many other intangible factors, the brain then analyses these emotions and puts an interpretation on to the said emotion. And this is what we call our feelings. Our feelings are how we interpret these chemically mediated emotions. And the way I filter things will be unique to me, what I feel is likely to be different to what someone else may feel although there will be some commonality. So even though feelings and emotions are often used in the same way, there are important and subtle differences between the two.

For instance, if I grew up believing anger was wrong, bad, dangerous, unacceptable, ill be fearful of my anger, and this is what I was taught as a child. Trouble is, it then came out sideways through passive aggressive behaviour, manipulation and other covert strategies. Someone who grew up believing anger is OK to express and has a good relationship with their anger would have a different feeling to their anger and a different reaction to the same event.

Once these feelings are generated, we then will attach a thought to them. We go into the memory banks of our brain and search out similar situations from the past where similar feelings were generated. And as more than 90% of our memories are buried deep in our unconscious, we find it hard unless we’ve been trained in joining up these dots on why we are so activated or triggered by an event.

So in my example of above of being triggered by a person that claims to be a doctor, even though I understand the internal processes at a brain level, it does little to stop me getting triggered. The triggering is something from my own history that is making an analysis of the core emotion.

And exactly the same applies with limerence. Our LO’s are triggering something from our history that we are unconscious of. It can be one of hundreds if not thousands of cues that we are totally unaware of.

If you want to understand this more, I’d recommend 2 great books, one by Candice Pert called the Molecules of Emotion and another, The biology of Belief by Bruce Lipton

Why is it not just all about neuroscience?

We know that many factors play into use developing limerence. I talk in depth about these in the online video self-help series I’ve created here. In a nutshell, these include the human drive to procreate, that’s again hard wired in us. The drive to keep the species going is really the only reason we are here. Everything else is a bonus.

A large part of falling is love is as simple or as complex as us not getting many of our childhoods needs met whilst growing up. We go through life seeking validation, affirmation, recognition, approval and “love” from others that we didn’t get from our parents. And this is the power of our unconscious. As after all, Carl Jung says, ‘Until you make the unconscious conscious, it will direct your life and you will call it fate.’

And then our personality type may predispose us to getting limerence and let’s not forget early life attachment styles, the mirroring of our unconscious wounds, meeting the contra sexual aspects that are in us and our LO’s hold and so on and so forth.

So as you can  see, its complicated! Whilst at the core is our brains trying to make sense of all this, we still have a long way to go to fully understand these deeper human issues of consciousness, memory, love, relationships plus a few more things!

So we cant think our way out of limerence?

As I’ve been saying for more than a decade now, limerence is an addiction, the mother of all addictions. Why do we get addicted? A large part of my clinical practice is working with addictions, a term by the way I dislike intensely as its shaming and judgemental and does not help the person being labelled as such. I’m more interested in the why? Beneath. Why is this person using this distraction? What are they avoiding dealing within their own lives? And its usually a distraction from feeling deeper and often long buried feelings.

There is a lot of good understanding on addictions and breaking the habit through behavioural modifications. That said, to make permanent change to loosen the grip of any behaviour that is designed to take us away from uncomfortable feelings is going to fail in the longer term unless we address the route cause. So yes, behavioural modifications are initially useful to break the addictive obsessive loops we get caught up in with limerence. To get real healing takes work at exploring our deeper parts.

All emotional trauma is relational, and all healing is relational. That is why joining an online community can be so helpful. Even better is meeting up either virtually via zoom calls as a group or in person with a group for support. And even better, is individual coaching and therapy. All these are available through the limerence.net support community.

And lastly, why the anonymity?

At the core of so much of the work I do as a psychotherapist is helping people identify and get to the core of themselves. What we call the True Self.  We shut off from our cores by developing different personas (which means masks and is where the word personality comes from) to protect ourselves. Clients never come in asking to work on their shame, however shame is always in the air, sometimes near and sometimes afar.

I used to hold so much shame myself, having grown up in a dysfunction family where my needs were negated. Limerence initially caused me massive shame and I recently made a video on the topic of limerence and shame. You can watch it here.

I’ve learned that the antidote to shame is light, in other words we have to be willing to show those parts of us that we feel shame about and its why I decided to go public with my own limerence. It was only by doing my deeper work that I was able to do that. And yes there are risks in doing this. It meant that anything I talked about in my writings were open to be read by my wife Ruth. So its forced me to be honest with her. And that’s helped our marriage immeasurably, although it’s not always been plane sailing!

And that’s why I believe someone would hide themselves. Perhaps they are still feeling too much shame around their own limerence? And of course, all this is conjecture, perhaps they are not really a doctor?

PrevPreviousThe myth of the soul mate and limerence.
NextUnderstanding attachment styles and their interplay with limerenceNext