Self Harm – The Hidden Addiction? 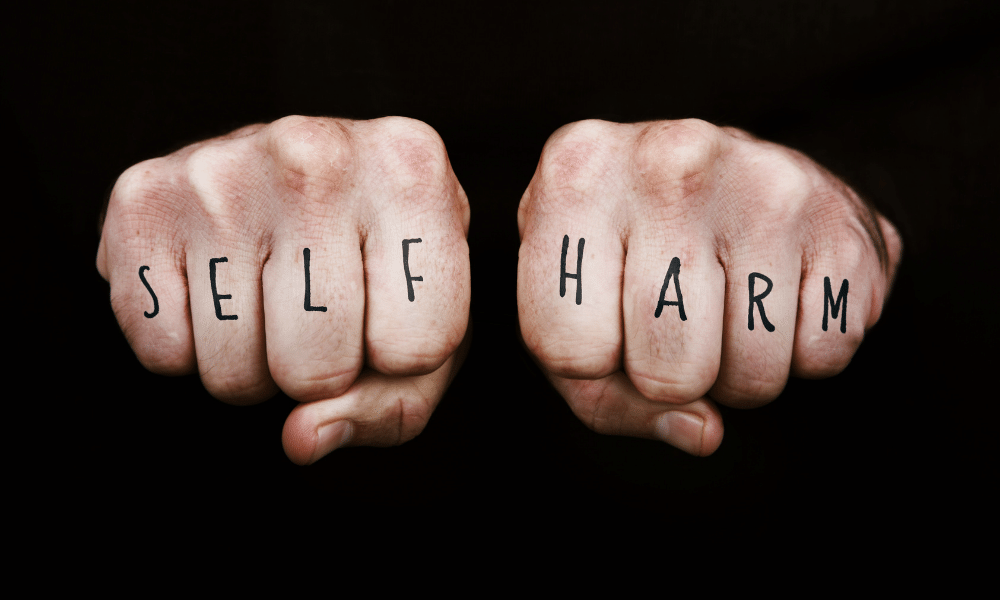 “There is so much secrecy and shame surrounding self-harm” says Rebecca Sparkes, Psychotherapist . “Even the sufferer can bracket off self-harm behaviours, in their mind, as ‘an episode’ or ‘a bad patch’. Most sufferers can explain, even to themselves, why they do this.” Rebecca Sparkes works with addition and eating disorders at Therapy-Works. She sees a link between self-harm and other compulsive behaviours. “Eating, drinking, taking pills, excessive shopping, sex or risk-taking are all behaviours which can numb us from our painful inner feelings. We like in a society which condones, to some extent, alcohol, drugs and spending. But few of us are willing to look at conditions like self-harm”.

The reasons for self-harm are complicated and usually more than one factor is involved. It is true to say that the condition usually starts in pre-pubescence or teenage years. More than one in fifteen British teenagers is reported to self-harm, according to data published in 2014 by a collaborative study from England Health Behaviour in School Aged Children. “It’s a very heterogeneous group of people who self-harm, and there are a variety of reasons why people might start,” says Professor Glyn Lewis, head of psychiatry at University College London. “Clearly, there are people who self-harm because they want to take their own lives, but there are also people who want to self-harm because they are in difficult situations or want to relieve stress.”

Rebecca Sparkes is more specific: “I would argue that it is a far more complicated but sadly, common phenomenon than we care to admit. Adolescence is a turbulent time. Young people who struggle with self-esteem or body image can react to bullying, family problems or academic pressure with acts of anger which are directed to self.” She tells of one client – a bulimic woman in her early twenties – who comes from a professional middle-class family. “this young woman had been privately educated and the expectation was that she would flourish.

However, neither parent expressed nor tolerated the so-called ‘negative’ emotions such as anger, hopelessness or fear”. The client took to cutting herself with a kitchen knife, after being teased about being fat and suffering derogatory remarks about her appearance. “My client spent some time in a private hospital and passed her GCSE’s” says Rebecca Sparkes, “but the underlying feelings of worthlessness were never addressed. In her twenties, when she had achieved the university Degree and first job expected of her, she began to binge eat and then make herself sick, sometimes using a sharp instrument to purge out the food.” Rebecca talks about her client showing her the scars. “Her arms and thighs were a criss-cross of white, elevated scars.” she says. “My client had not greater clarity over the feelings which drove her to this than she did around the binge eating.”

Psychotherapy may start by looking at the symptoms – the cuts, the scars, the food being stuffed and then purged. But real change is made when therapist and client can look at the feelings beneath the behaviour. Real trust needs to be established between client and therapist and this can be long term work. “Shame is like a conjoined twin with self harm and eating disorders” says Rebecca Sparkes. “I would add that it is also the case with all other addictions but self harm and anorexia-bulimia carry and added burden of shame and self-loathing that the therapist must work gently. It’s long term, delicate work” Are we missing something when we talk about self-harm? If we cast a shroud of secrecy and horror around even acknowledging that these coping strategies go on, then what hope do we have of allowing sufferers to come forward and get the help they need?