Raising children as nature intended, a way to avoid limerence 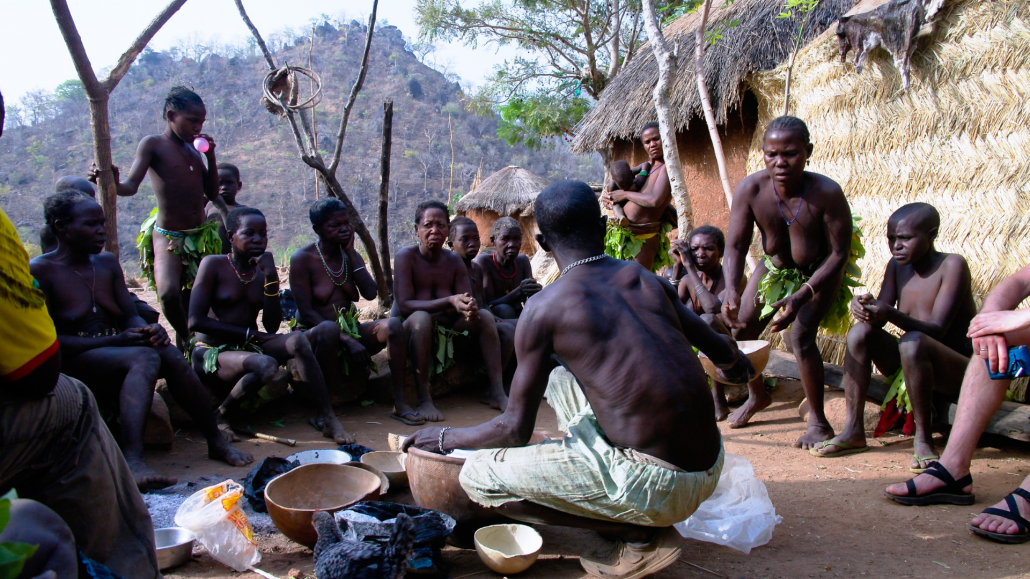 I recently finished a book called the Continuum Concept by Jean Liedohrf. he Continuum Concept introduces the idea that in order to achieve optimal physical, mental and emotional development, human beings – especially babies – require the kind of instinctive nurturing as practiced by our ancient relatives. It is a true ‘back to basics’ approach to parenting.

The aspects that stood out from Liedohrf’s book were how children are held constantly for a long time, they sleep closely to another human, there are plenty of people around to share in the raising, when the child feels ready to explore they are allowed to do so trusting their inbuilt safety mechanisms. Maybe primitive tribes don’t have the stresses of a so called developed society? Perhaps primitive people have less neurosis to project onto their children? I also wonder if self actualisation is not cultural but an innate human drive. Jung would argue that is the case.

I agree its not the total answer. A parent cannot but project their unconscious unmet needs onto their children. Therapists talk about children being resilient and “good enough mothering” is enough. Personally Im not convinced. I think children can be traumatised quite easily (small T trauma). Whilst i dont have much evidence, i do believe attachment is going to be shown to be a significant causal factor in more and more mental health issues. This recent book “The Body Keeps the Score: Mind, Brain and Body in the Transformation of Trauma by Bessel van der Kolk really opened my eyes and how the APA resists the inclusion of child attachment disorder in the DSM. Perhaps it would open too big a can of worms?

I agree my views are shaped by the subject I’ve immersed myself in since developing limerence. Maybe this distorts my perceptions? Maybe it cant not? All i know is its working for me. Im internally calmer and am getting better self esteem. Others comment on my change, all for the positive except my father who thinks therapy is a cult :lol:. As for my limerence, most days there is no thoughts of LO except when I get triggered mostly by my FUFOO and very rarely SO. I also know how long im going to be in the fantasy (minutes now) and I give myself compassion for going back to that place. I am under no illusion that my path offers a permanent cure, it doesn’t. Im still going to be susceptible to human magnets I find attractive. Ive yet to learn of other long term success stories that haven’t involved some part of our work in delving into our early life traumas. I respect my situation was atypical, I had the time and money to go deep, an SO that was supportive (not initially) and is doing her own growing up now and a training environment where we were encouraged to be open and honest. Time precludes me writing more on the necessary grief work i feel we have to do if were going to individuate. Of everything, its the most painful, going back to experience our original wounding. Limerence and romantic heartbreak is a portal to that place of pain. Heres an interesting article on the subject by Pete Walker.anexpert on the subject.

It is difficult to become motivated to grieve losses that occurred so long ago. Many of these losses seem so nebulous that trying to embrace grieving is a bit like trying to embrace dental work. Who wants to go to the dentist? But who doesn’t go once the toothache becomes acute. Soul ache is considerably harder to assign to the losses of childhood, yet those who take the grieving journey described below come to know unquestionably that the core of their soul ache and psychological suffering is in the unworked through losses of growing up with abandoning parents. These losses must be grieved until the individual really get that her parents were not her allies. She needs to grieve until she stops blaming herself for their abuse and/or neglect…until she fully realizes that their execrable parenting caused her posttraumatic stress. She needs to grieve until she understands how her learned habit of automatic self-abandonment is a reenactment of their abject failure to be there for her. Mourning these awful realities can then empower her

With contrary views on the origins (and hence the likely place to find some resolution) id like to read suggestions on how to grow and move through limerence, rather then be stuck in the fantasy for in some cases decades. Whilst neuroscience and fMRI scans are giving us new knowledge on the workings of the brain in love and addiction we are still decades away from finding a speedier cure that fills that “hole in our soul” that doesn’t resort to addiction/distraction that so many of us struggle with.

PrevPreviousThe mania for psychological labels and yet none for limerence!
NextOvercoming Limerence – Becoming more self-awareNext