Jealousy and Insecurity – Can we be friends with the Limerent Object 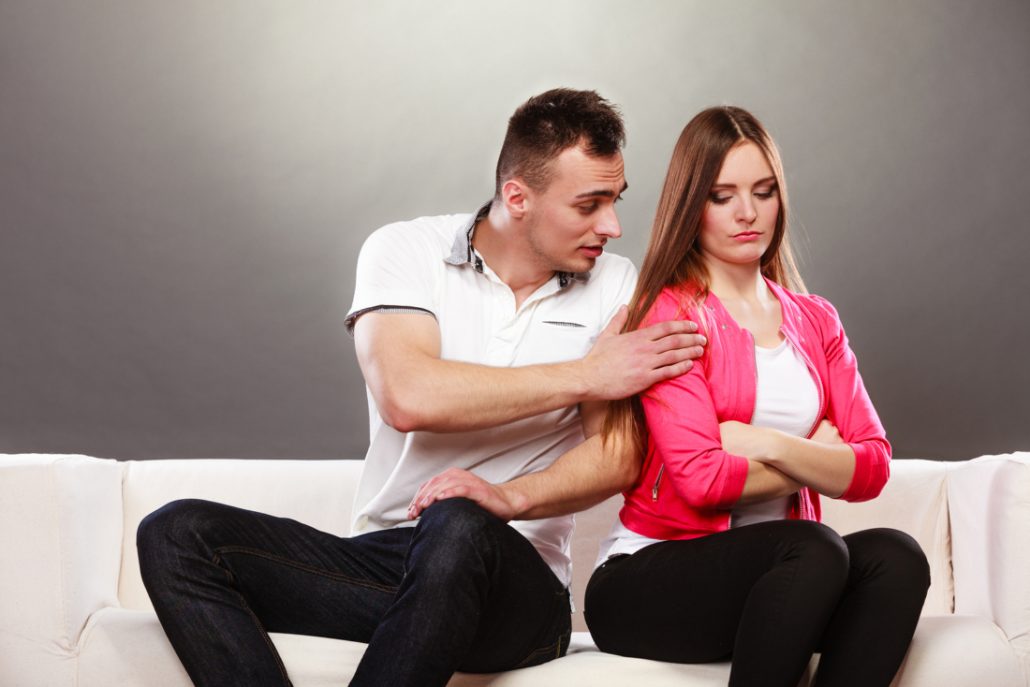 It is a common misconception that jealousy is a sign of love.  Shakespeare, writing about “the green eyed monster” knew as much when he created Othello.  Othello, filled with jealousy and suspicion, fuelled by Iago, goes on to murder his wife, Desdemona.

Cut to modern times, a survey of relationship therapists (Psychology Today, Oct 2016) report that romantic jealousy was the presenting issue for almost a third of their clients.  Dr David Perl, Relationship Psychotherapist and founder of specialist practice, LoveRelations, says:

“Jealousy and insecurity are ruinous to a relationship.  We see many couples where one partner is plagued by feelings of low self-worth and inadequacy, which fuels suspicion towards their partner, and a constant questioning of his or her behaviour.”

David continues: “It is not uncommon for us to hear about couples where one partner demands to see the other’s phone or laptop, or flies into a rage at a party or event where they see their partner talking to a member of the opposite sex.”

“Sometimes the behaviour spills over into trying to control the partner’s relationships with friends, colleagues or family, fuelled by the belief that they are somehow a threat”.

The terrible irony of this behaviour is that, rather than eliciting reassurance and closeness, it pushes partners away.  The jealous partner then ratchets up their demands and pleas for reassurance.  They believe that if only their partner were more attentive or more transparent, then they would feel better about themselves.

Ruth Perl, Relationship Psychotherapist and co-founder of LoveRelations, maintains that jealously is rooted in insecurity and low self-worth.  Hence, part of the solution is for the jealous partner to take responsibility for their difficult feelings and to work on boosting his or her sense of self and worth.

Ruth says: “Insecurity is an inner feeling of being threatened or being inadequate in some way.  Most people have felt it at one time or another.  But while it’s normal to have feelings of self-doubt once in a while, chronic insecurity can sabotage your life and be particularly damaging to intimate relationships.  Chronic insecurity robs you of your peace and prevents you from being able to engage with your partner in a relaxed and authentic way.

The actions that come from insecurity – always asking for reassurance, jealousy, accusing, snooping – erode trust.  Most partners find this unattractive, and for many, this behaviour will push them away.

David Perl explains: “Anxious attachment is a style of relating set up in infancy.  For a baby, the availability, reliability, and unconditional love of a caregiver, usually mother, is crucial.  Without enough of this type of care, the baby will suffer unbearable anxiety.  Because an infant isn’t capable of discerning that it’s mother might be depressed, pre-occupied, uncertain in her ability to love and give love, he or she will infer that there must be something wrong with them.  The baby grows up with a template of unreliable or indifferent care, and a sense that it is his or her fault.  Tragically, many of us take this style of relating into our adult, intimate relationships.”

An insecurely attached adult might doubt the availability and support of others.  They may doubt their worth and demand ever more reassurance from partners.  Because they experienced unavailability or unreliability in the crucial early months of life, they are almost hard-wired to read abandonment, loss of interest or infidelity into their intimate relationships.

David says: “At LoveRelations, we encourage couples to look at their attachment styles. This helps them better understand the roots of low self-worth and why they might be consumed by suspicion and jealousy in an intimate relationship.”

“For the jealous/insecure – and therefore usually anxiously attached partner – it can be incredibly helpful for them to take stock of their early life experience, and perhaps previous relationships, and make links with the past and the fears he or she may be bringing in to an adult relationship.”

“Children with an anxious attachment often grow up to  have preoccupied attachment patterns.  As adults, they tend to be self-critical and insecure, seeking reassurance and approval from others, yet this never relieves their self-doubt.  In their relationships, deep-seated feelings that they are going to be rejected make them worried and not trusting.  This drives them to act clingy and feel over dependent on their partner. “

Ruth says: “Once the attachment wound has been identified, it is crucial that the partner then begins to work on their own self worth and self esteem.  In individual therapy at LoveRelations, we encourage the jealous and insecure individual to begin to look at their own good qualities and to develop a greater sense of inner security.”

She says: “Real improvement in jealous behaviour only begins when a client has developed a solid sense of self.  I encourage clients to keep the focus on themselves and on their lives, to develop their own network of friends and to develop hobbies and interests outside the relationship.  Maintaining a healthy independence can really help anyone struggling with jealousy and insecurity.”

David says: “the so-called non-jealous partner often reaches couples therapy, exhausted, angry and controlled by their partner’s behaviour.  The jealous individual may have been questioning excessively, making accusations, seeking unreasonable reassurance or demanding control.  They may notice their partner’s behaviour and demands are escalating.”

“At LoveRelations, we encourage the non-jealous partner to examine their own beliefs about relationships.  If he or she has provided adequate and loving reassurance and is acting with integrity in the relationship, then perhaps they need to acknowledge that the relationship is controlling, abusive even.”

“Individual psychotherapy can really help partners see that they may have provided all the care and reassurance they can, and that the relationship needs serious attention.  The non-jealous (so-called partner) may need to work on self-esteem to communicate that certain behaviours are hurtful and damaging, and that a boundary needs to be set.”

He maintains: “For both partners, there is work to be done.  Jealousy and insecurity are corrosive to any relationship but at LoveRelations, we see couples better able to understand their past dynamics, take responsibility for low self-worth and anxieties around the relationship and finally move to a happier, healthier way of relating.”