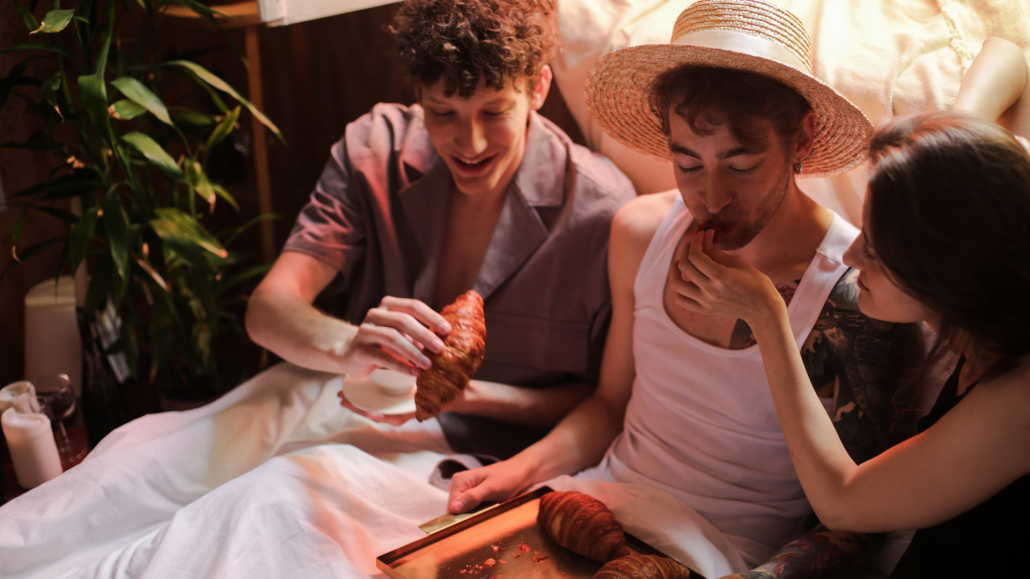 To understand open relationships, we must first understand the evolution of love and relationships in general. Did you know that only 3 to 5 per cent of all species of mammals are known to form lifelong and monogamous bonds? Originally humans like many other mammals only came together to mate. However, with the evolution of our species and emotional intelligence, in today’s world humans are mostly monogamous. Why?

Even though there is proof of marriages since the 13th Century, at that time marriage was not necessarily seen as an act of love. Many couples didn’t marry because they were in love, but because they had to, mostly for economic reasons. In time marriage took on a new role – it became this incredible and strong bond between two people, a divine connection.

While polygamy is practised in many cultures, most humans still tend towards monogamy. On one hand, we could say that monogamy has been invented to create order in society. On the other hand, even though monogamy is not natural, it is usually preferred. People love the concept of being with one person, or at least aiming for this for the rest of their lives!

In Polyamorous relationships partners can have multiple yet committed relationships at the same time. This type of relationship the bonds between couples are transparent between everyone, nothing is hidden and all involved are expected to talk and not keep secrets.

Choosing to be in any type of  open relationship is a very intimate thing. You must fully understand why you want it and what it means to you before engaging in one.

What would you like to discover more about yourself through this experience?

If you are not interested in monogamy, that’s okay. Despite the social expectations that everyone wants to be in a long-term committed relationship, which in time hopefully will lead to marriage, not everyone is interested in that. In the end, it is up to you and your partner to decide what’s right for you.  Also, it is important to specify that being in an open relationship doesn’t classify as cheating. Why? Because you and your partner have agreed that is okay to have sex with other people. Cheating is considered unethical and a betrayal to one of the partners. This happens because, in a monogamous relationship, the expectation is, not to cheat and be loyal to each other. On the other side, in an open relationship it is ethical to pursue sexual relationships with other people. This is because the loyalty is based on common beliefs around having an open relationship where the boundaries have been set before setting off on that relationship path.

Here are 3 things to consider if you decide to be in an open relationship (or to open your current relationship/marriage):

Discuss with your partner the concept of being in an open relationship and all the arrangements. If you are the one proposing it, check with them how they feel about it and if they have a personal reason to pursue it, rather than wanting to see you happy. Fortunately, there are no clear set of rules of an open relationship, there is no ‘one size fits all”. You and your partner must work together to set some boundaries and expectations that work for you. Some questions you can ask yourself are: With whom are you allowed to be with and who is a clear no? What are the circumstances that you’re going to meet these people? Will you talk about your other partners with your primary partner? From what time to time will we check-in with each other?

Jealousy can arrive very quickly in an open relationship, just the idea of your partner with someone else can create distress. Remember that jealousy is a feeling that is rooted in someone’s feelings of not being enough. By having this feeling, you unconsciously want your partner to be the person that provides this reassurance and confirmation. This is why when you even think of your partner with someone else you can get jealous. More than trying to stop being jealous, focus on how to manage these feelings of jealousy, not just from you, but from your partner as well. To avoid the impact of negative emotions, such as anger and resentment, make a habit of regular check-ins with one another to see how you feel about the arrangement and what you can do to make each other feel better.

In the end, there are no clear rules when it comes to open relationships. What matters is that you and your partner are on the same page and have clear expectations. Unfortunately, not everyone understands the concept of open relationships; some people might tend to make you feel like you’re getting permission to cheat on your partner. This is why you might choose with your partner to keep it private.

Engaging successfully in an open relationship will come with strong communication skills and lots of trust and respect. If you learn how to master properly the relationship, you can get a relationship where you can be your true self, express your needs and identity without fear and feel the freedom to pursue other people while being in a relationship based on respect and love.

One Reply to “Do open relationships work?”

PrevPreviousWorking as a therapist with Aspergers and its connection to limerence
NextHow long does it take to recover after an affair?Next